Communicating with Gender Fair Language in the Workplace

Communication, like technology, evolves through time with the society. The best communication can promote understanding, build and maintain relationships, reflects culture, and affects socialization in a positive manner. The worst can do the opposite – it can spread discord, fake information, and even foster discrimination.

In a recent Manila Times article entitled, ‘Babae kasi’: Insights on why women are from Mars too, the author wrote that gender stereotypes remain prevalent. Gender inclusivity, in the ways of speaking and writing, should not discriminate against a particular sex, social gender, or gender identity, and does not perpetuate gender stereotypes.

Under the Civil Service Commission Memorandum Circular No. 12, Series of 2005 entitled “Use of Non-sexist Language in all Official Documents, Communications and Issuances,” here are some suggestions on how we can use inclusive language in the workplace:

Substituting articles (a, an, the) for his; using who instead of he

Using One, We or You

Traditional: The lawyer uses his brief to guide him.

Suggested: The lawyers use their briefs to guide them.

Traditional: The architect uses his blueprint to guide him.

Suggested: The architect uses the blueprint as a guide.

Traditional: The writer should know his readers well.

Suggested: The writer should know the readers well.

Traditional: The manager must submit his proposal today.

Suggested: The proposal must be submitted by the manager today.

Taking the context of the word, analyzing its meaning, and eliminating sexism in the concept

Suggested: the founders, the founding leaders

Traditional: the Father of relativity theory

Finding precise words to delineate the thing itself from supposedly sex-linked characteristics:

Traditional: Titanic was a great ship, but she rests at the bottom of the sea.

Suggested: Titanic was a great ship, but it now rests at the bottom of the sea.

Traditional: “In all things of Mother Nature, there is something of the marvelous…”

Suggested: “In all things of nature, there is something of the marvelous…”

Treating men and women in a parallel manner

Traditional: I now pronounce you man and wife.

Suggested: I now pronounce you husband and wife.

Using Ms. instead of Mrs.

Using the corresponding titles for females

Promoting gender-fair language at the workplace and adapting it not only in our cubicle but taking it in our respective homes, not only promotes inclusivity, but a greater understanding and awareness of our community. It’s the first step towards sparking the change we wish to see in the world.

Did You Know? Trash To Cash is Nationwide!
Going Green by Gardening!
We asked our leaders what is their "WHY"
Environmental Responsibility
CBS Head Office Rooftop “Sprouts” Model Hydroponic Garden 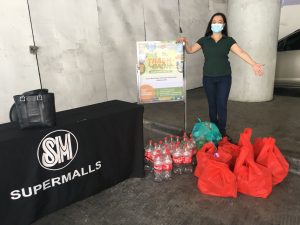 My Trash to Cash Experience in SM BF! Our Green Culture: Champions for the Green Movement Waste Segregation: How to Properly Throw Trash Away – Part 2. All About Food Waste