Much Ado About Running

Running is probably one of the most accessible sport out there. One can just lace up a pair of shoes, some comfortable apparel and hit the road. Whether competitively or an option for fitness, running remains in its simplest, a green activity.

Albeit its innate individualistic nature, running events always give off an atmosphere of community, with most races organized to raise funds or awareness for a good cause.

Even the New York City Marathon, which is the largest marathon in the world, receiving 84,000 applications[1] this year, chooses participants via a lottery system—and only ensures a guaranteed entry in two ways: competing in 9 of their previous races or by donating to the organizer’s charity partners.

The first race that I entered was back in 2011 called ‘Run for the Pasig River,’ an event that aimed to raise funds for the rehabilitation of Manila’s waterways, and I’ve been hooked ever since.

Why I choose to run?

At first, I started signing up for races with causes I believed in. Runs like the Philippine Red Cross’ Million Volunteer Run raised public awareness on disaster risk reduction (DRR) policies, and smaller local fundraising initiatives in my neighborhood to address dengue season instilled a greater sense of purpose in me.

Of course, there weren’t any shortages of advocacies to support. If anything, there are far too many to take part of consistently.

But removed from the colorful singlets, the anticipation for the starting pistol on race day, and perhaps the overall reality of the grandiosity of some running events, the realization came that I enjoy running because of the freedom it offered to leave the gadgets behind and have a part of your day unattached to anything, but deeply connected with nature and yourself.

For a country with such an affinity with basketball and other team sports, running seems like it’s too solitary for the average everyday social Filipino. I can’t be helped, however, since the activity of jogging is a relatively recent phenomenon that only took off in the late 1970s.

Unlike the modern marathon introduced in the 1896 Summer Olympics to commemorate the Greek legend Pheidippides, running is mostly associated back then with athletes, especially boxers and people casually going out for a run is unheard of.

So much so, that a man in United States was stopped by a police officer for his suspicious activity. The reason: jogging in broad daylight. And that person was no less than the late former U.S. Senator Storm Thurmond in August 11, 1970[1]. A piece by the New York Times wrote on the emergence of jogging narrating how a runner was given a ticket for the ‘illegal use of the highway by a pedestrian.’

Today, running has become one of the most popular sports in the world. Even during the pandemic, the industry has found a way to conduct races while practicing social distancing through virtual runs.

The growing trend of cashless mobile wallets have also contributed to introduce sustainable advocacies connected to running. These digital e-wallet apps can be connected to fitness watches or through mobile phones that can track steps and turn that into the virtual currency used to redeem certificates to plant trees all around the Philippines.

Running ranks among the lowest in its impacts on the environment. And the best thing about it is you can start by yourself without the immediate need for any assistance. From choosing to rehydrate with your reusable flask to opting for powdered sports drinks instead of the single-use plastic containers it comes into ultimately makes a difference.

There can be a myriad of ways why one decides to start running. Organized races may not be for you, or running alone might be a tad lonely, but whichever the case, the activity gets you moving while promoting a culture of fitness as a byproduct. I find running therapeutic. Similar to life, it always starts filled with uncertainties and doubts, but after you find a rhythm and stay disciplined, seemingly everything falls into place. A simple exercise can turn into a habit, then advocacy, even a way of life. All you need is to take that first step. ###

Be Greenformed! Know Your Waste!
Our Covid-19 Story of Hope
Make your Holiday Season Green: Xmas Lights
3 FREE Online Schools in Sustainability
Plant-based meats in the Philippines you may try! 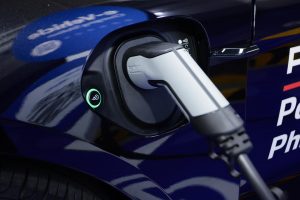